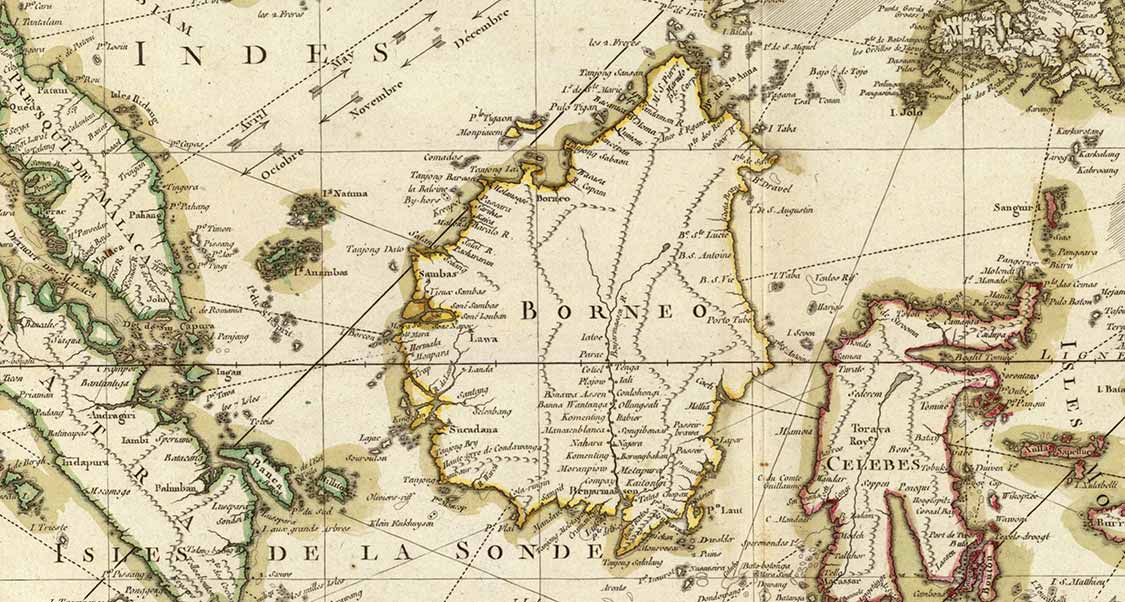 It is this double look, science and art, which now allows the largest number of approach, of knowing and loving tribal art.

Since the dawn of humanity, art and science form a mythical couple. Both seek, find, invent, question. Together they describe the world to which we belong ; together they push the limits of our knowledge and imagination ; together they contribute to human progress. Art and Science contribute to the elevation of the human spirit by showing us the beauty of the world. When, in the early twentieth century, painters and sculptors watched ethnographic objects reported by a few curious travelers, their surprise, their interrogation and admiration for these new forms was accompanied by a remarkable development of Humanities. It is this double look, science and art, which now allows the largest number of approach, of knowing and loving tribal art.

But most of the major works of Borneo dated by C14, are centuries old, even millennia.

Arose from the depths of a mysterious forest long impenetrable, Borneo tribal art calls, questions and fascinates his fans. Is it because these traditional societies that produced disappeared before we can really meet? Because unlike Africa, and to a lesser extent in Oceania, we know very little about these peoples, their cosmogonies, their dreams. Certainly, during the nineteenth and twentieth century, adventurers and scientists have published books about their adventures and observations, but they faced already a fragmented memory evaporation. But most of the major works of Borneo dated by C14, are centuries old, even millennia. From difficult access burial caves discovered very late, or mountainous rivers where they emerged thanks to flood the intensity shook their beds, rarely abandoned villages found by chance, they are the brilliance of a flourishing past of tribes totally disappeared for a long time. Religious, economic and social upheavals that have collided head these hunter-gatherer societies before and after the Second World War, followed by the creation of states which share Borneo (Malaysia, Brunei, Indonesia) have precipitated these cultural dissipation, which began in the 19th century with the prohibition of head-hunting, ordered by the Dutch colonizer, and the intensification of contacts with the outside world that followed. It is at this time that some personalities are illustrated by collecting, with rudimentary means and at the peril of their lives, the last living members of these ancient cultures. These oral traditions are now silent. From their travels, these adventurous scientists have left stories, engravings, photographs, everyday objects and some works of art. It is naturally towards them that we turn to try to perceive some fragments of the past of these peoples whose present has kept only a thin and very pale reflection..

New methods of investigation and scientific analysis offer a new reading of the history of Borneo, Southeast Asia and Oceania.

But at the beginning of the 21th century, the history of Borneo art can no longer be read only by the old prism works buried in libraries. Recent and dramatic technological advances in science offer new perspectives. New methods of investigation and scientific analysis offer a new reading of the history of Borneo, Southeast Asia and Oceania. For example, scientists studying the settlement of Australia and Oceania in light of new archaeological discoveries and new datings, draw new outlines of this extraordinary epic. By its massive form and its central geographical location in South China Sea, Borneo is a major witness of these successive waves of migration that took place for more than 40 000 years in Southeast Asia. Thanks to scientific advances, the DNA of the bones tell us and rock paintings are dated accurately. Our knowledge of the longest and largest human migration Humanity's history is becoming clearer.

In this blog you will find the exclusive story of archaeological discovery in a river of Apo Kayan, a mountain range of the island's center, a monumental sculpture in the unique majestic aesthetics. The scientists who examined it collected unpublished information to date on its history; a real journey through time. For a long time mysterious, the geological formation of Borneo is told to you in three articles. With new rock datings, scientists are approaching the most likely scenario.

Finally, the wood used by the Dayak master sculptors to fashion works that resist so long to the harsh climatic conditions of the rainforest is decrypted and analyzed to understand their memory intact. The forthcoming articles will cover other characteristics of Dayak and Borneo art and their scientific information resulting from field or laboratory investigations.

Thank you for your interest and good reading.

« Standing on the shoulders of giants and see further, see the invisible through space and through time. Being able to go backwards against the past, to distinguish flow through the long ages, past bursts suddenly from oblivion resurface, traces, silent testimony and registered in our memory the memory of what we have never known. »